What is the Harmonic Series?

The Harmonic Series provides the naturally occurring, physical basis for the sounds we hear.

The harmonic series is a naturally occurring, acoustic phenomenon. When a body vibrates, like a string on a violin or a column of air in a flute, a complex, regular and predictable series of pitches are produced. Scientist call the lowest pitch, the fundamental; this starting point for the sound can be any frequency. However, the fundamental does not vibrate in just 2 dimensions, it vibrates in three dimensions, causing a predictable series of overtones to vibrate as well. These overtones occur at simple multiples of the fundamental frequency: 2x, 3x, 4x, 5x, etc….

Viewed as a simple, linear, evenly spaced series of ratios, the Harmonic Series provides the naturally occurring, physical basis for the sounds we hear, and, consequently, for much of the music we have made in the history of humans around the globe. This is especially true of singing and music played on wind and fretless stringed instruments.

However, music based on the Harmonic Series, is just one method of making music. We´ll be exploring other systems in coming blog posts. 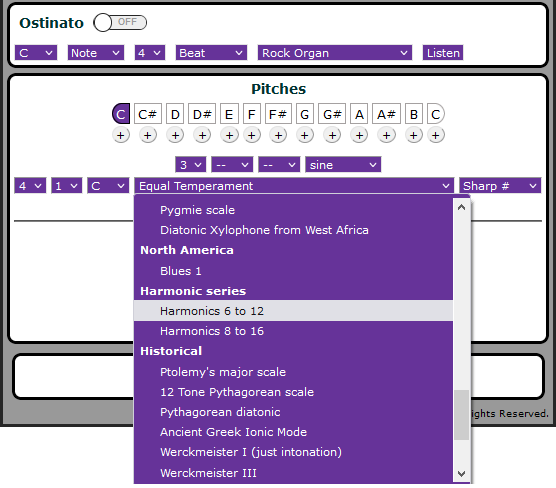 Do you want to go further, faster to achieve your music goals but your still not a member of reelear.com?

Try all of our ear training resources and accelerate your music learning journey. Get your 15 day free trial right now. Instant Access, No Risk.

This website uses cookies to improve your experience while you navigate through the website. Out of these cookies, the cookies that are categorized as necessary are stored on your browser as they are essential for the working of basic functionalities of the website. We also use third-party cookies that help us analyze and understand how you use this website. These cookies will be stored in your browser only with your consent. You also have the option to opt-out of these cookies. But opting out of some of these cookies may have an effect on your browsing experience.
Necessary Always Enabled
Necessary cookies enable core functionality such as security, network management, and accessibility. You may disable these by changing your browser settings, but this may affect how the website functions
Non-necessary
We\'d like to set Google Analytics cookies to help us to improve our website by collecting and reporting information on how you use it. The cookies collect information in a way that does not directly identify anyone. For more information on how these cookies work, please see our Privacy Policy
SAVE & ACCEPT